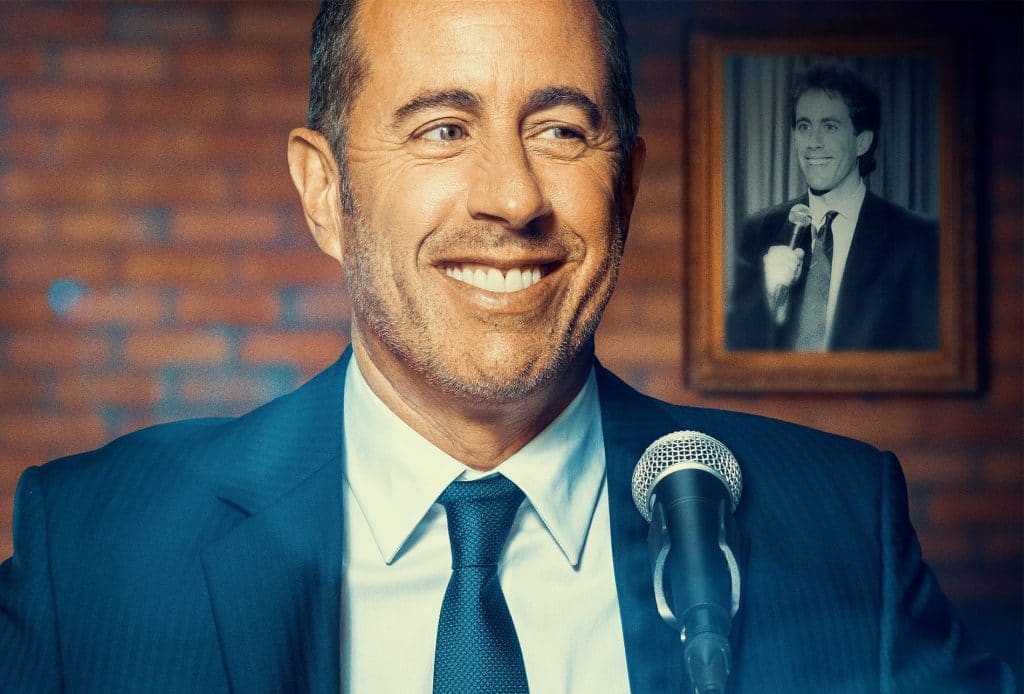 Business Insider explained that Seinfeld was to bring his, “popular web series, “Comedians in Cars Getting Coffee,” to Netflix. The new deal will also include two original stand-up specials for the streaming giant.”

The agreement is the latest in a series of financial windfalls for the well-known comedian. In fact, Forbes ranked him as the World’s Highest Paid Comedian in 2015 and 2017 with earnings coming from stand-up performances, syndication of the Seinfeld television show, and deals with Crackle and now Netflix. Forbes 2015 rankings put Seinfeld’s net worth at $670 million. He is no doubt approaching $1 billion at this point.

Seinfeld’s first Netflix stand-up special “Jerry Before Seinfeld” aired last month. I watched the show as well as listened to a few recent interviews to better understand the humorist’s approach to his craft.

Seinfeld delivers a few no joke lessons worth considering. To that end, I offer 4 lessons to consider.

Seinfeld’s humor is grounded in his observations. Where others fail to notice something, he pays attention, picks up on the nuances, connects the dots, and turns the observation into his currency – laughs.

“I will never understand why they cook on TV. I can’t smell it. Can’t eat it. Can’t taste it. The end of the show they hold it up to the camera, ‘Well, here it is. You can’t have any. Thanks for watching. Goodbye.'”

“Why do they call it a ‘building?’ It looks like they’re finished. Why isn’t it a ‘built?'”

A few months ago, I wrote an article about the 8 Behaviors of Highly Success Creatives. The first behavior is Conscious Observation. This involves purposely taking in the world around you in a quest to find new ideas, concepts, or ways of doing things.

I invite you to take a moment to consider how well you and your team members pay attention to trends, customer needs, emerging technologies, etc. More importantly, reflect on how well you use these insights to improve performance and feed innovation.

While some entertainers write jokes at a computer or capture a few bullets on the back of a notecard, Seinfeld uses a rather painstaking approach to crafting his humor. He writes each idea out on paper, massages it, and aims to perfect every word.

He mulls over scripts and jokes for days, months, even years. While others might look to cut corners, Jerry remains disciplined and continues to double-down on his process. For him, and for others who remain disciplined, they learn that true freedom is in the discipline.

In 2013, The Laugh Button shared Seinfeld’s process based on an interview:

Consider how you and your team go about your work. Have you:

Getting the process right and sticking to it is no laughing matter.

Seinfeld has an opinion about things. He feels strongly about how jokes are worded, what makes an audience laugh versus groan.

In 2016, Seinfeld revealed to CNN a snapshot of his instincts.”I thought that there was another kind of conversation that was missing from what we think of as a talk show,” he said. “I thought, there’s another vibe that people have, another energy that they have. I thought maybe I could find it if I just put them in a car and we just go for coffee and we get rid of the lights and [had a] camera that you wouldn’t even notice. It’s been a lot of fun, it’s just a fun, different thing to do.”

Not only did he make the show, but he followed his instincts and partnered with little known Crackle to air it.

I recently heard Seinfeld interviewed. At one point in the discussion, he said, “They do call it show business.”

Yes, he’s entertaining people. They are laughing, but he is working. It’s a business and he treats that way. He knows who his customers are and what they want. He puts in the effort to meet (often exceed) their needs. He expects to be well compensated for his work.

The moment you lose sight of your customers and the value you bring, things will start to unravel.

leddingroup.com
Posted in Purpose and tagged jerry seinfeld, career humor, best practices
← A Lesson in Breaking Brand Stereotypes – Compliments of R.J. MitteHow to Create a Culture of Engagement – A Tool to Get You Started →