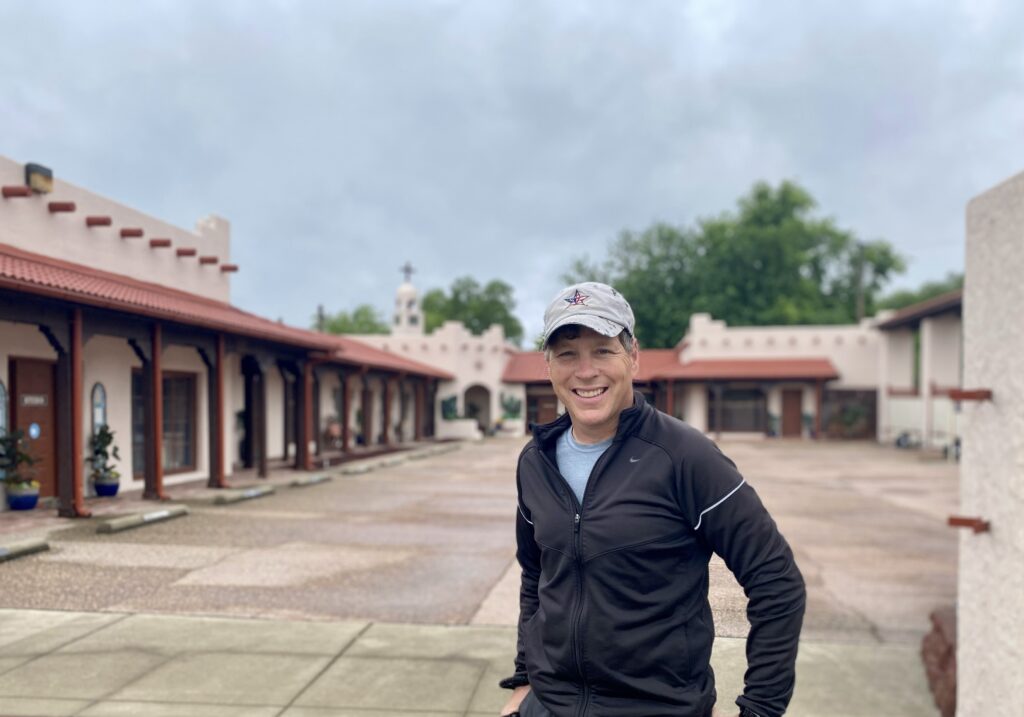 Dolly Parton owns a compound just a few blocks from our house in Nashville. It sits among a bustling walking neighborhood of shops and restaurants. Most passersby never notice the southwest-inspired complex, which is surrounded by an eight-foot fence and an ever-closed gate across the drive. I say ever-closed to describe the gate, but that’s not entirely true. A couple of days ago, the gate was open. I have walked past the open entryway countless times, but the open gate caught my attention. I snapped a photo. I didn’t see Dolly roaming about her place, but I did get a peek at the recording studio inside and the other buildings in the complex.

I had another peek into Dolly’s world this week. I interviewed author James Patterson for the June 8th episode of the Leadership Lab podcast. Patterson and I discussed a recent book called Run Rose Run that they wrote together. Patterson shared what it was like to partner with Dolly and how the two of them ‘inked’ the book deal over a conversation, not over a conference table. He gave me a peek into what it was like to work with Dolly.

Dolly Parton has done a great deal in her life. She’s:

I would contend that of all the assets Dolly has, her two biggest assets are the ability to see the needs of others and her willingness to take action. Human history is full of great talents or people who amass immense treasures, but many fail to do what Dolly does. She partners empathy with action.

Here are a few examples of Dolly making use of her two most significant assets:

Let’s Take a Peek at Your Assets

As a leader, one of the biggest challenges you have is that there are so many things to do, opportunities to tackle, and problems to fix. It can be overwhelming. But the reality is that your success is not defined by trying to do everything. Your success often stems from tackling a few critical things.

The way to best tackle those few critical things is to know what you and your team bring to the table. What are the two most significant assets you have, and how can you employ those toward what’s most important?

This week’s leader tool will help you identify your two most significant assets and give you space to explore how to put them to use. Fill out the tool on your own or with your team and enter into a conversation about what you can start doing today to have a more significant impact tomorrow.