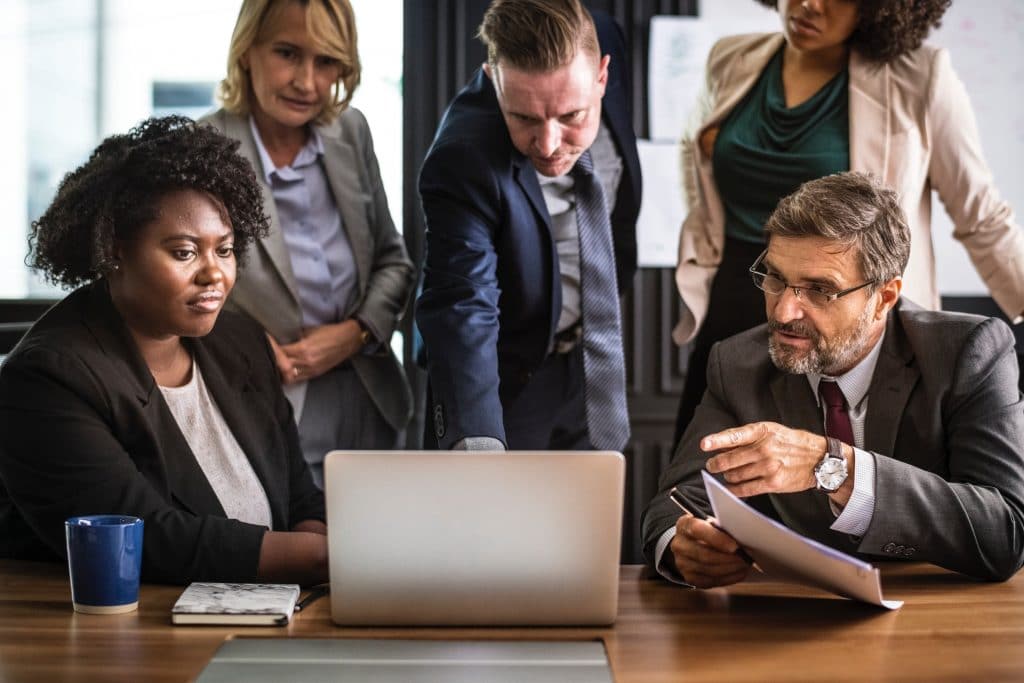 If you plan to drive from New York to California, you don’t just fill your car up once with gas and expect to make it all the way there. You start out making good progress, but eventually you’re going to need to fill up again. In the same way, you need to fill your workers’ tanks by holding them accountable and reigniting their enthusiasm as they see how far they’ve come.

But how do you do that?

A Colorado business professor, Wayne Boss (there’s the ‘boss’ reference from the title), got interested in what he called the “regression effect”—the tendency of work teams to get really enthusiastic about new goals and strategies and then gradually disengage.

A student of team dynamics, Boss spent a lot of time watching teams come together, make plans, get fired up, and then forget the whole thing. He had watched companies do everything they could think of to psych up the workers about a new initiative: big parties, loud music, rap videos, giveaway programs, celebrity appearances, clown mascots running through the aisles. Most people enjoyed these events and went away fired up—but their behavior did not change. As Boss puts it, they invariably regressed: “During a two- or three-day intensive team-building activity, people became very enthusiastic about making improvements, but within a few weeks, the spark dwindles, and they regress to old behaviors and performance levels.”

Boss experimented with many ways to keep engagement high, but by far the most effective was to just meet regularly and often to monitor progress. After studying hundreds of teams over a decade, Boss found that if these meetings are held on a regular basis (weekly, biweekly, or monthly), and follow an agreed-on agenda, performance can stay high without regression for several years. “Without exception . . . , group effectiveness was maintained only in those teams that employed [the process], while the teams that did not use it evidenced regression in the months after their team-building session.”

Boss also found that this rhythm is “most effective when conducted in a climate of high support and trust. Establishing this climate is primarily the responsibility of the [leader].” He explained that leaders must be ready to ask the difficult “why” questions if tasks are not completed, but they must do so with the attitude of helping to “clear the path.”

Teams that use this approach become semi-autonomous. For example, a similar process is followed at Whole Foods (at least prior to the Amazon acquisition), the giant grocery chain, where small teams are responsible for their own P&Ls and make their own decisions about how improving it. Gary Hamel says, “They are held accountable for really very challenging targets . . . . This is not some romantic thing—‘let’s just give everybody more power.’ Equip them, give them the information, make them accountable to their peers.”

With this rhythm, team members get the support and feedback they yearn for. More than 60 percent of employees—especially those 28-and-under—say they don’t get enough feedback. Many managers give feedback only once a year at performance appraisal time. That’s like a basketball coach telling the players at the beginning of the season, “You’re going to go out and play thirty games, and at the end of the season, I’ll evaluate your performance.” Frequent feedback relates directly to performance.

By following these principles and this process, you will do more to create a highly engaged, self-starting team than anything else you can do.

Here are a few questions to help you get started:

Join the 61,000+ people who follow Patrick on LinkedIn. It’s easy. Just click ‘follow’ at the top of this page. Visit Patrick’s leadership blog here for free videos, tools, and articles.

Photo by rawpixel on Unsplash

leddingroup.com
Posted in Performance and tagged leader, team, boss, accountability
← How are you striving to win the ‘championship’ in your workplace?4 Awesome Reasons to Hire a Canine Coworker (#4 Might Save Your Life) →