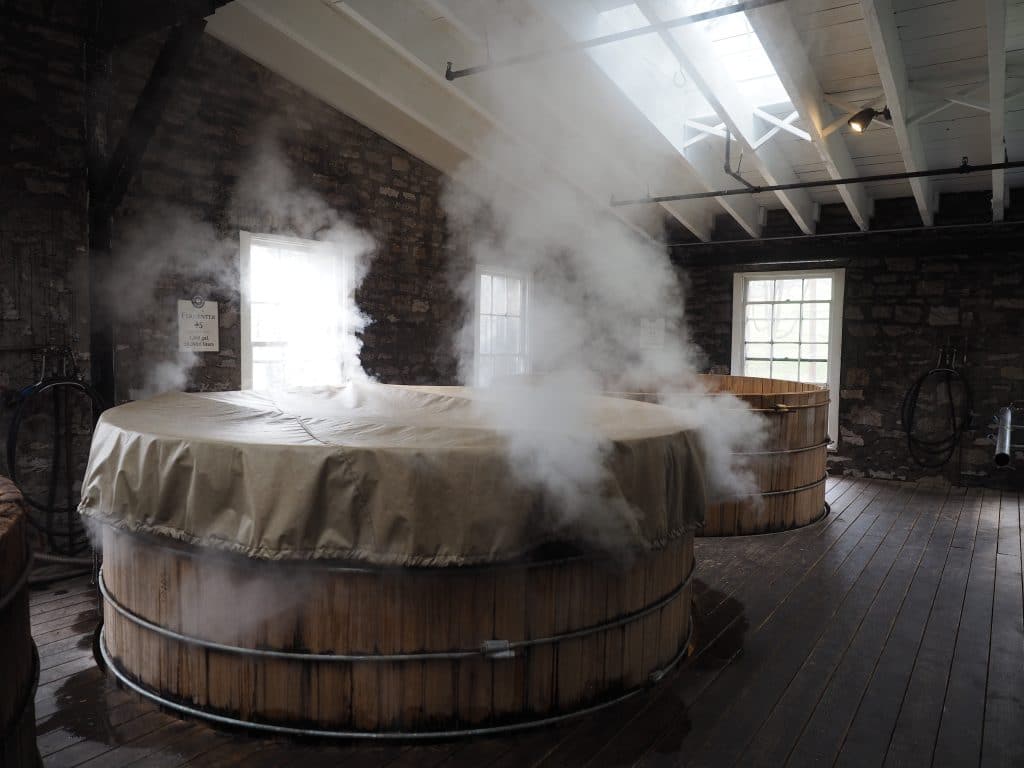 Whether you partake in the beverage or not, any business person has to admire bourbon’s recent track record. Fortune magazine referred to the phenomena as the “Billion Dollar Bourbon Boom” explaining that 2013 sales reached $8 billion. In 2014, sales grew more than 7 percent, capping off a wave of nearly 50% growth over the past six years. Experts are even wondering if the industry is going to run out of bourbon. 2015 reports indicated that, “Kentucky Bourbon production hit a 48-year peak of 1.9 million barrels in 2015, up 315 percent since 1999.”

Bourbon’s recent renaissance has been fueled by everything from television shows like Mad Men (Joan Harris pictured below) to politics.

One day after his party lost control of the U.S. Senate, Obama told reporters he would like to share some Kentucky bourbon with McConnell. The invitation was quickly dubbed the bourbon summit and has received lots of attention as the two leaders prepare to either work with or against each other for the final two years of Obama’s presidency. – ABC News

Mila Kunis became the face of Jim Beam in ads (above and below).

There are many things we can learn from the power of the bourbon brand. Here are 4 essentials or observations that I think you might find useful as you work to unleash the power of your personal or organizational brand.

Bourbon is a fairly simple product. I’m not saying it’s simplistic – just that it has few ingredients – corn, wheat, water, rye and/or malted barley pretty much round out the list. There’s a lot of value in keeping things simple. Of course there are plenty of bourbon producers all with variations on the standard process. However, at it’s essence, the base product is arguably fairly straight-forward.

Compare that to your company’s offerings…

There is something special that happens in that barrel. It’s a bit of a mystery. You can walk through a bourbon distillery and watch the bulk of the process, but you never see what really happens in the barrel. It takes time and happens behind the scenes. The same should be true for your company and your products/services. Great brands have a bit of mystery – “What is Apple going to produce next?” “What happens behind the scenes at Disney?”

One thing that bourbon is benefiting from is terrific visibility in the market. Right now, bourbon is everywhere. Have you ever watched an episode of Mad Men? Don Draper’s favorite concoction is an Old Fashioned – main ingredient: bourbon. As previously mentioned, President Obama is considering a Bourbon Summit. It was recently lampooned on Saturday Night Live. Even Johnny Depp and Jennifer Lawerence, both native Kentuckians, are know to enjoy an occasional bourbon.

Bourbon is not easily replaced or replicated. It can only be produced in the United States – that takes the vast majority of the world out of the mix. Many contend that the best is produced in Kentucky. Plus, the process doesn’t allow for people to quickly play catch-up. If something new hits the market, you can’t replicate it overnight. Bourbon ages in a barrel for years and does best in climates with hot summers and cool winters. True, there are many producers of bourbon, but entering the market is no easy task.

These are just a few quick thoughts on bourbon. Again, you don’t have to partake in the beverage to benefit from its wisdom. If you do enjoy bourbon, here are a few items you might find of interest that are springing up as part of the bourbon cottage industry:

But as always, Think Responsibly!

I am trying to build a network of people wanting to learn and grow. I strive to provide readers with relevant, actionable, and informative articles. My goal is to positively impact as many people as possible.

Photo by Jeff Frank on Unsplash

leddingroup.com
Posted in Perspective, Priorities
← This Road Warrior Remembers True WarriorsHow to Be Heard in a Noisy World, Compliments of a Music City ‘Landmark’ →