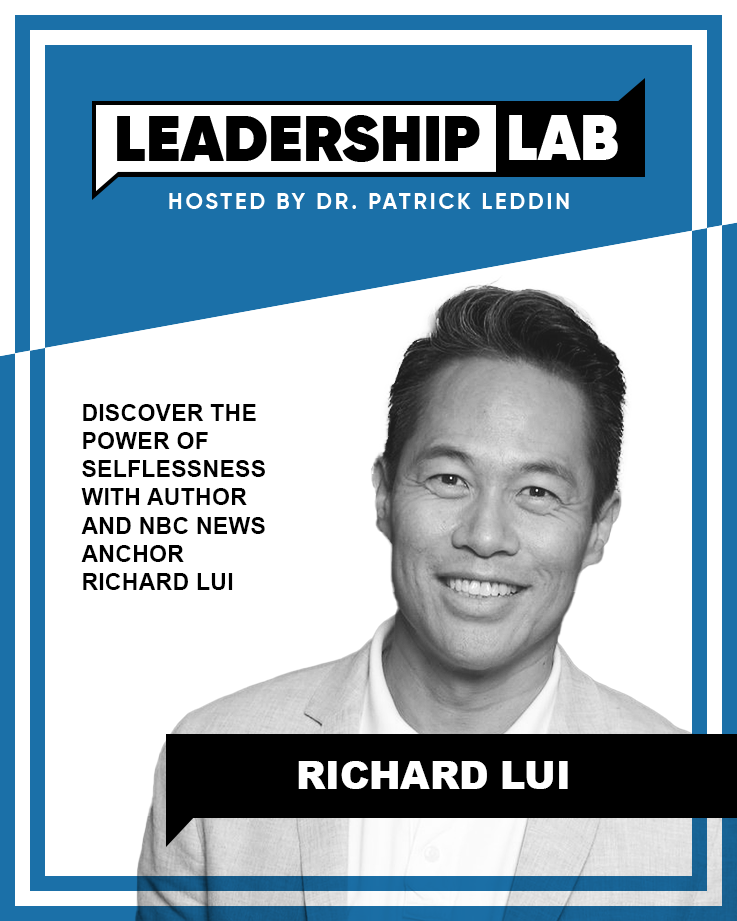 Award-winnng veteran journalist Richard Lui has more than 30 years in television, film, technology, and business. He joins Patrick in the Leadership Lab to discuss the benefits of being selfless to those we help, those we lead, and ultimately to ourselves. Currently at MSNBC and previously with CNN Worldwide, he is the first Asian-American man to anchor a daily national cable news program and a team Emmy and Peabody winner. He has just completed an Oscars Qualifying documentary on student caregivers in military families that will hit national broadcast and mainstream streaming in late spring 2021. In addition, Richard’s 15-year business career involves a fintech patent and launching six tech brands over three business cycles. Richard has lived, worked, and volunteered on every continent. Learn more at richardlui.com

Posted in Podcasts and tagged Perspective
← Create a Fully Integrated Team (FIT)What Do Your People Need From You? →