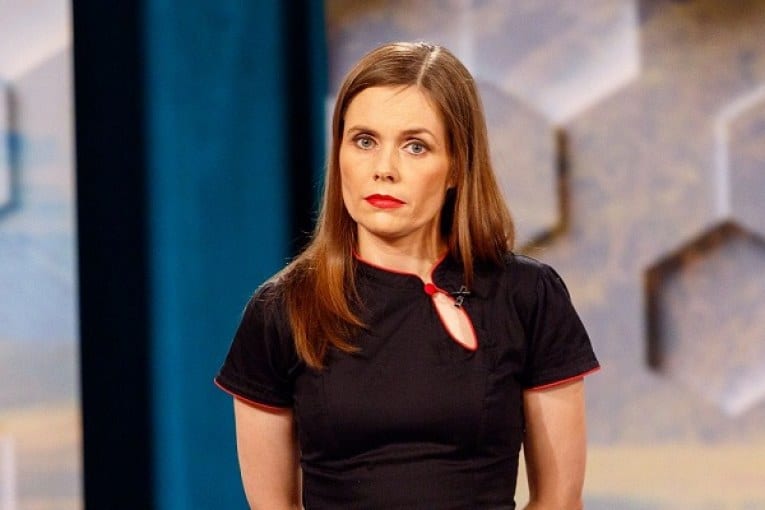 I recently delivered a presentation on leadership at Iceland’s National Government Day. The event took place at Harpa, Reykjavik’s inconic concert hall and convention center, and served as a celebration of Iceland’s 100 years of sovereignty. 500 Icelandic leaders, from all facets of the country’s government, attended the session.

It was an honor to be invited and I wanted to do my best. So, I arrived early, ensured that my slides were working, and received a quick tutorial on the microphone.

All was good. I was ready.

I settled into my seat about 15 minutes before the event’s start time. Moments later, Iceland’s Prime Minister, Katrín Jakobsdóttir, entered the room and joined my table. The 42-year-old Left-Green Movement leader secured her assigned seat next to me. As the program’s start time approached, my new tablemate and I chatted.

The time we spent talking, coupled with her subsequent presentation, proved a great example of how to own a room.

Here are four behaviors that I saw Prime Minister Jakobsdóttir exhibit. Might I suggest that you consider putting them into practice when you want to own a room too.

With all that was going on that day – a large crowd, a pending speech, a myriad of other pressures from her role – it would be completely understandable if the Prime Minister was distracted, but she wasn’t. She was present.

I have found that the most engaging people I’ve ever met have the ability to talk to you as if you are the only person in the room. She did just that. She actively listened, asked good questions, maintained strong eye contact, and showed a genuine curiosity.

In a world where all too many of us have our heads buried in smartphones, a present person stands out in the crowd.

Not only was the Prime Minister present, she was extremely personable. She asked me about my travels, thanked me for attending the event, and posed with me for a picture (see insert).

The quality of being personable extended to her time on stage when the ease of her presentation, sense of humor, and genuineness broke down the ‘barriers’ in the cavernous room that so often exist between a large crowd and a distant speaker.

Just prior to the event, I saw her glance it her presentation notes, but it was clear from the moment that she took the stage that she knew the content. She had prepared.

Even though her speech was in Icelandic – and I barely speak a word of the language (ok, I speak two words) – it was clear that she knew her stuff. The delivery was not one that lacked of preparation and the audience appreciated it.

You can be as present and personable as you want, but if you don’t invest time to do the hard preparation work, all of the goodwill you create is easily squandered.

Admittedly, I had to rely on others to fill me on this one.

Although I watched the entire speech with great interest, my lack of Icelandic language skills caused me to understand very little. It took a friendly note from a colleague across the table to fill-me-in on the details of the Prime Minister’s speech.

I learned that the comments focused on the many changes and constants that the country had experienced over 100 years of sovereignty. Participants were challenged to reflect on how the culture had evolved over the century and asked what values Icelanders will embrace in the future.

Her comments caused others to think and reflect – profoundness does that.

You don’t have to travel to Iceland, although many of you likely have it on your bucket list, or invest time learning how to speak Icelandic to become a better leader. Being a great leader transcends geography and translates in any language.

leddingroup.com
Posted in Purpose and tagged leader, leadership, iceland, presence, prime minister
← Great Leaders Know How to Create the Conditions for EngagementInsights from an Amazing Performance: This Has Only Happened 5 Times in 147 Years →