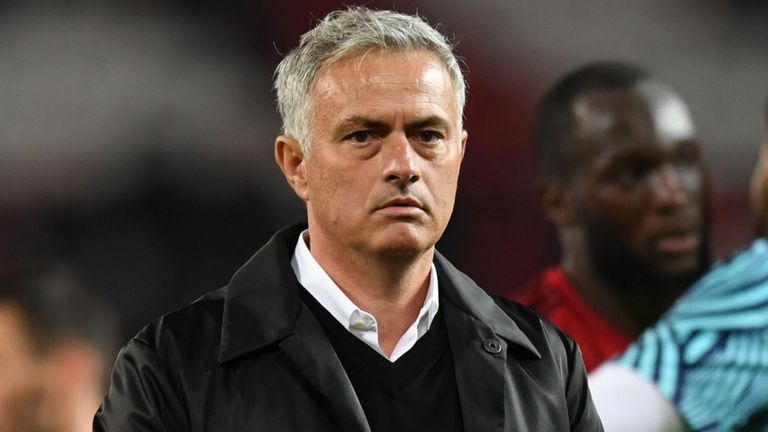 I think we can all learn a bit about Growth Strategy Execution from the Head Coach of the Manchester United Football Club, Jose Mourinho.

In 1957, Igor Ansoff, an applied mathmetician and business leader, introduced a business growth model. The model depicts four growth strategies. Here is a quick example of each:

Diversification: A never before seen product launches for the first time in your town and they are offering a deal to everyone in the city to be the first to get one.

Market Development: A company that successfully launched a ready-to-eat meal in one region of your country has now brought the meal to your local grocery store.

Product Development: Your hair salon has added a nail technician and encourages you to add a pedicure to your normal salon visit.

Market Penetration: A local restaurant incentives you to come back more often for your favorite meal and bring a colleague with you.

What Recently Transpired with Coach Mourinho

As part of pre-season play, 18 European-based soccer (aka football) teams were selected to compete in a tournament spanning locations in the United States, Singapore, and several European cities. Although competitive – it is a sport after all – the International Champion Cup (ICC) is an opportunity to showcase European teams to current and future fans.

In the United States, the ICC affords existing U.S. fans a rare chance to see their favorite teams and puts the sport in front of potential fans who have yet to experience athletes of this caliber playing professional soccer.

Done well, the best outcomes of Market Penetration and Market Development strategies can be realized.

Done poorly, damage can be done to potential markets, brands, or a variety of other entities.

Recently, Manchester United played a game against Liverpool at the massive University of Michigan Stadium in Ann Arbor, Michigan.

The Detroit Free Press reported that 101,254 fans watched Liverpool’s 4-1 defeat of Manchester United. After the game, Manchester United’s Head Coach, Jose Mourinho, held what has been dubbed a ‘SHOCKING’ press conference in which he spoke negatively about his team, their performance, and the commitment level of several players.

I recently read a story about the press conference in U.S. media and then watched it on-line. I dug a bit deeper into the situation and uncovered three thoughts to consider about market penetration and development.

Quick Disclaimer: I recognize that I’m walking into a story that has been unfolding for years. I further acknowledge that Coach Mourinho’s role is to build a winning team, not simply generate new fans.

When it comes to soccer, the U.S. is not a sophisticated market. Yes, it’s a big market with great potential, but most citizens know very little about the sport. Heck, by the world’s standards, we don’t even call it by the right name. We call a completely different sport by the name football. That sport involves throwing and catching the ball and only occasionally striking it with one’s foot – but that’s a different story for a different day.

Many novices who watched the Liverpool vs. Manchester United game were likely impressed by the size of the crowd and athleticism of the players.

Here’s how Michigan Live described the game on its website.

“The 101,254 fans at Michigan Stadium on Saturday for the International Champions Cup match between Manchester United and Liverpool FC were treated to an entertaining second half.

The crowd roared as a fan sprinted onto the field before being tackled by police and three of the five goals were scored in the final 45 minutes, including one of the most impressive goals you might see all season.

Xherdan Shaqiri, making his debut for Liverpool, left the Michigan Stadium crowd gasping after his bicycle-kick goal gave the team a 4-1 lead in the 82nd minute.”

“The atmosphere was good, but if I was them (fans), I wouldn’t come. I wouldn’t spend my money to see these teams.”

What’s the point? If you are bringing an offering to new customers, understand what they know, what they value, and how your offering meets their needs. Don’t erode the value that you are working so hard to create.

#2: Be Clear About Your Product/Service

At times, I was confused by Mourinho’s press conference.

I understand that things can get lost in translation. Mourinho is Portuguese and coaches a team in England. I watched his press conference from my home in Nashville, Tennessee. Additionally, I have a passing interest in the sport and he has dedicated his life to the game. We are clearly in different places. However, if I’m his sports’ future customer, that’s all the more reason for him and others to create a clear message.

Trust me, I’m not being nit-picky.

In scrolling through the online comments, person after person complained about his lack of clarity and contradictory statements.

Yes, there are plenty of trolls out there who simply like to write scathing comments, but confusion was also conveyed by professional commentators and players on his own team.

What’s the point? If you are bringing an offering to new customers, create a clear and compelling narrative. Don’t let emotions, frustrations, or a desire to address multiple issues cause unneeded confusion.

Clearly Mourinho was frustrated with his team’s performance. I get that. Passion is a good thing, but when a coach refuses to answer questions and publicly lashes out at his players for their level of commitment (e.g., one player missed the game because of recently becoming a father), such conversations are likely better held in private not public.

“Anthony Martial has the baby and after the baby is born – beautiful baby, full of health, thank God – he should be here and he is not here.” – Coach Mourinho

This doesn’t mean that he has to be deceptive and say he’s pleased with the team when he isn’t. It just means that when you are showcasing an offering to an immature market, you should speak positively about your vision and what you are working to build rather than openly damaging your offering and team member relationships.

Here’s how ESPN analyst Steve Nicol put it, “This is the ideal time to be up beat, to be happy to be positive about the upcoming season – to talk well about your players, to talk well abut your club.”

His players felt the negativity too. Mailonline reports that, “Some players are also said to have been shocked by what Mourinho said about the depleted squad available to him, and the fact he singled out Martial and Antonio Valencia for special criticism.”

No doubt, some are impressed by the coach’s willingness to share his unfiltered thoughts, but that’s likely not a group large enough to consistently fill a 100,000+ seat stadium.

What’s the point? If you are bringing an offering to new customers, you have to paint a positive vision for people. People want to be part of something that is growing, improving, and attractive. Don’t poison the well.

leddingroup.com
Posted in Priorities, Performance and tagged leadership, strategy, growth, football, manchester united, soccer
← #1 Reason Strategy Fails and What Leaders Can Do About It3 Days with Beyoncé, Taylor, Garth, and Pikachu Made Me a Better Leader →