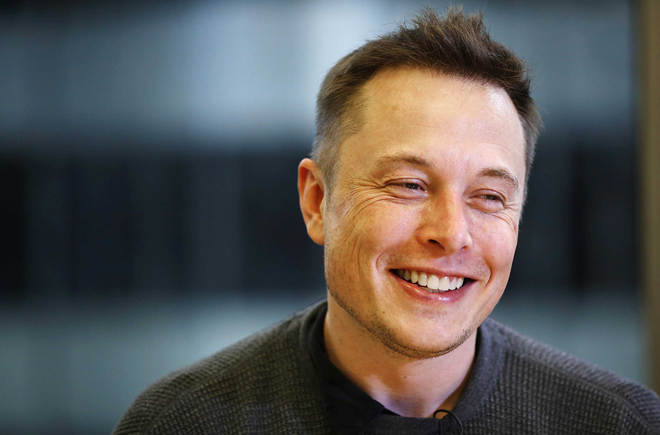 Musk announced that he is moving to Texas. Is this another Boring move?

In the 1830s, Charles Pearson proposed a rather ingenious, and arguably mad idea for public transportation. Some 14 years later his boring vision began to take shape as Londoners started to bore a tunnel that over time weaved its way under the streets of the city. Nine years after that, the first segment of what would become London’s Underground opened for business. Although the system’s original visionary, Charles Pearson, was no longer alive to make the journey, some 30,000 Londoners climbed aboard the Metropolitan Line during its first day of operation and experienced first-hand Pearson’s boring vision.

Since its opening day in 1863, the Underground has grown to 11 lines, 249 miles of track, and some 270 stations. Today the ‘Tube’ carriers more than 1.25 billion travelers annually.

How’s that for a boring vision coming to fruition?

In recent years, Elon Musk announced a boring vision of his own. His idea was to combat the “soul-destroying traffic” in California with an underground tunnel system connecting the states major cities.

Check out this quick video to see the boring vision Musk ultimately hopes to achieve.

What is Your Team’s Boring Vision?

You are probably not working on a tunneling effort under a major city. Nonetheless, your team still needs a boring vision and it’s your job to help them to find it.

A boring vision inspires and energizes you and your team members. It provides a clear purpose in mind for everything you and your colleagues do—initiatives, projects, meetings. It’s based on the simple principle of knowing your destination early; even if you fall short, you’ll be moving in the right direction.

I like memory joggers, so I made this one to help you to create a boring vision. 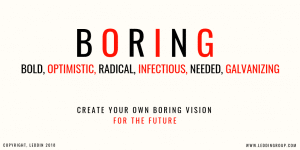 Some people say, “All the talk about vision is just drivel.”  However, everything made by humans is the result of a vision, from a potato peeler to the Mona Lisa. It’s designed in the mind first. Ironically, we know how to design potato peelers, but we’re not very good at designing our lives and careers. By just taking things as they come, we go at the most important things in life without much vision.

Ask Yourself and Your Team These Questions

It’s remarkable how many people never even ask these basic questions; and if they do think about them they’re afraid to ask because, after all, they should know, shouldn’t they?