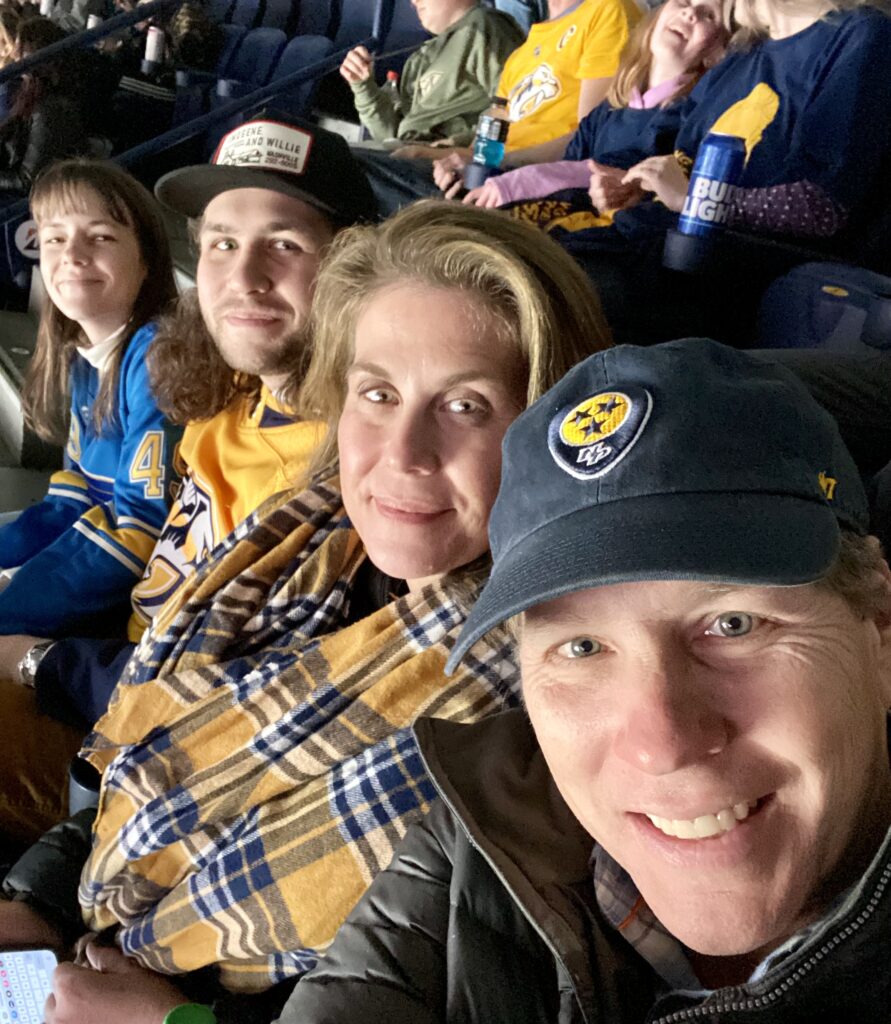 This past Sunday, I went to the Nashville Predators hockey game against the St. Louis Blues. As a Preds fan, it was a tough game to watch. The Blues broke the game wide open when they scored seven times in the second period. That’s a lot of goals. In fact, it was the highest number of goals allowed by the Predators in one period since the franchise’s start in 1998. It was also the most goals the Blues have scored in one period in the team’s 54-year history.

From the onset of the game, I had been in a text exchange with two friends who were sitting elsewhere in the area. We were excited about the possibility of a big win when the Predators scored in the first four minutes of play. Those hopes were dashed in the second period when Predator’s Coach, John Hynes, replaced goalie Juuse Saros after he gave up four goals.

Upon replacing Saros as goalie, one of my friends texted me a link to an article titled, “Is workload catching up to Predators goalie Juuse Saros as Nashville fights for playoff spot?”

Writer Paul Skrbina explained that Saros had played an exceptionally high number of minutes over the course of the season (approaching 4,000 at the start of the St. Louis Blues’ game) and that a recent break due to illness was an opportunity for much needed rest. He conveyed that Coach Hynes was aware of Saros’ minutes in the net and was working to stay on top of the goalie’s physical and mental well-being; however, with a playoff birth on the line, keeping Saros in goal made sense. After all, Saros was having an All-Star season, the team needed him, and the playoffs were within reach.

Not only did the article get me thinking about the Predators’ post-season chances, it also made me reflect on how leaders treat “go-to people.” Every organization, nearly every team has at least one person that the leader knows they can count on when resources are tight or stuff just needs to get done. These are the people who rarely complain, make few demands, and consistently deliver results. The reality is that leaders often take them for granted, until they get worn out, sick, or decide to quit.

This week’s tool and video are intended to help you to think about the person on your team who you turn to in order to get things done. It offers five ways for you to make an investment in them, demonstrate your appreciation, and recognize their efforts. Although the first mentions financial compensation, there are plenty of other actions you can take.

To help you remember the five ideas, we picked words that start with the letter T as in your go-To-person:

leddingroup.com
Posted in Performance
← Episode 139: Build Relationships, Step Up and Do Good in the World With Teddy RaskinReward Team Members: 5 Ways to Recognize Your People →