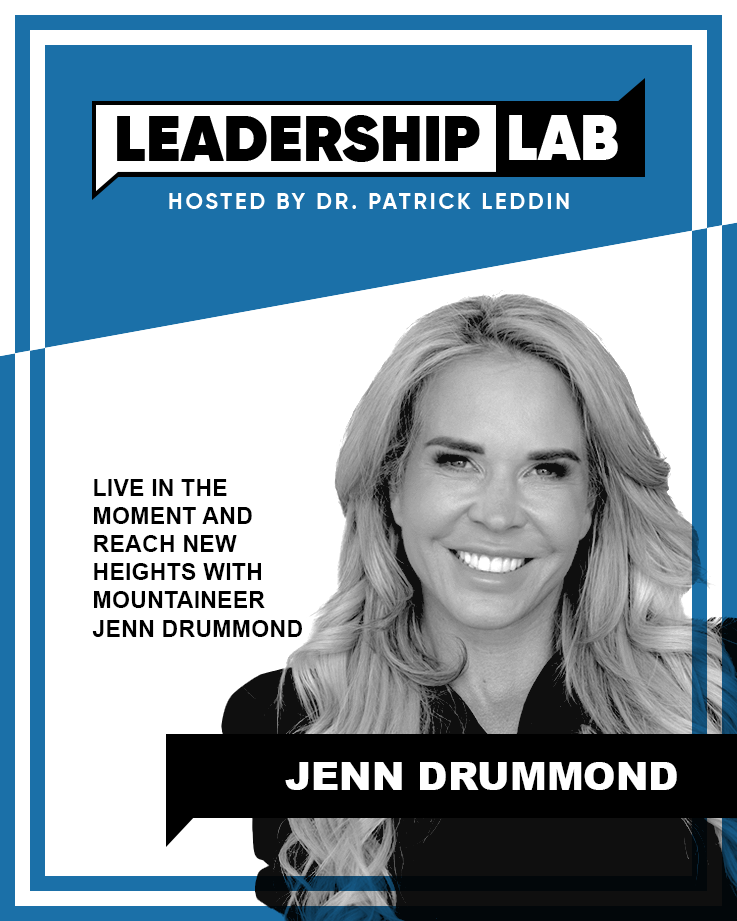 Jenn Drummond joins Patrick in the Leadership Lab to discuss building resilience, setting goals, having confidence in yourself, and achieving greatness. After surviving what should have been a fatal car crash in 2018, Jenn decided it was time to stop living on autopilot and, instead, live her life with purpose and intention. As Jenn says, tomorrow isn’t promised. Facing her mortality emboldened her to make the absolute most of every moment – starting with the highest point on Earth.

It all began in a moment of homework-induced frustration. One of her sons challenged Jenn’s can-do motto of “we do hard things” by asking: “then why haven’t you climbed Mt. Everest yet.” (Out of the mouths of babes).

Now, just a few short years later, she’s conquered Everest and 6 other peaks, on her way to becoming the first female ever to complete the Seven Second Summits (that’s the second highest point on every continent). She embarks in May 2023 to tackle the seventh and set the world record. Learn more about Jenn, discover the Seven Second Summits, and follow Jenn’s journey at JennDrummond.com